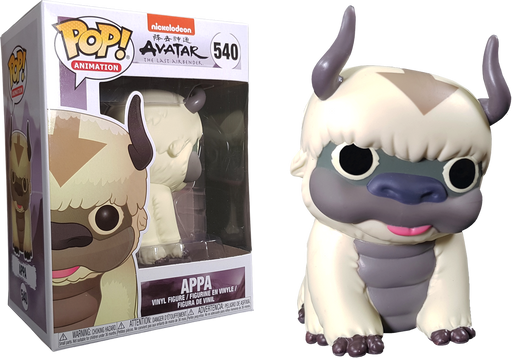 This Pop! features Appa, Aang's loyal sky bison, who shared a strong bond with Aang and with Momo, as they were all some of the few remaining traces of the Air Nomad civilization.