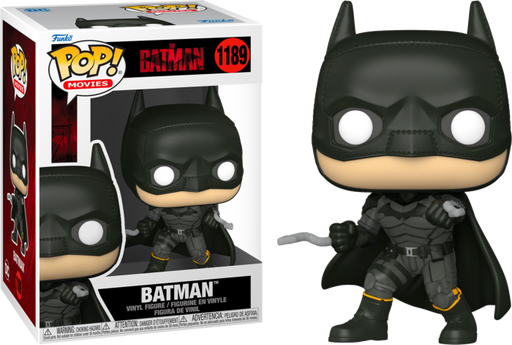 Batman has been kicking butt on the big screen ever since his debut in the original 1989 classic, however now he's going to kick some serious butt in the highly-anticipated The BatmanI! To celebrate, Funko have unleashed a range of The Batman Pop! Vinyl Figures.

Set in his second year of fighting crime, The Batman sees the dark knight uncover corruption in Gotham City while pursuing the Riddler, a serial killer who targets Gotham's elite.

This Pop! features Batman wearing his batsuit and launching his arrows.

An absolute must for any DC fan, add the new The Batman Pop! Vinyl Figures to your Funko collection today.