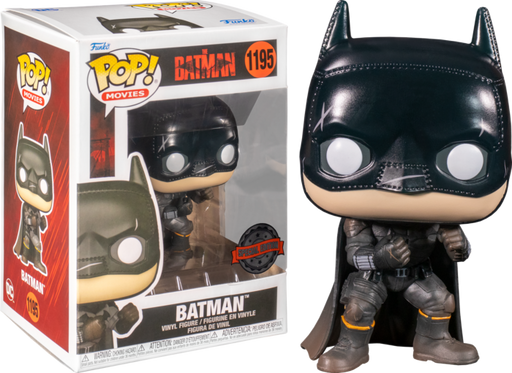 Batman has been kicking butt on the big screen ever since his debut in the original 1989 classic, however now he's going to kick some serious butt in the highly-anticipated The BatmanI! To celebrate, Funko have unleashed a range of The Batman Pop! Vinyl Figures.

Set in his second year of fighting crime, The Batman sees the dark knight uncover corruption in Gotham City while pursuing the Riddler, a serial killer who targets Gotham's elite.

This Pop! features Batman wearing his fancy new Batsuit, which is looking a little worse for wear after some recent combat.

An absolute must for any DC fan, add the new The Batman Pop! Vinyl Figures to your Funko collection today.