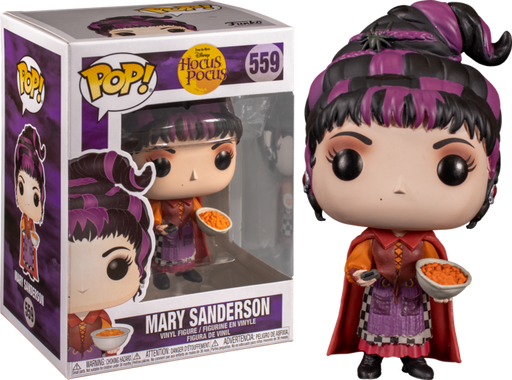 It’s time to pull out the spell books and prepare the gallows because Funko’s new wave of Hocus Pocus Pop! Vinyl Figures have finally arrived to steal your soul.

This wave features all three witches from the film, known to most as the Sanderson Sisters. We’ve got Mary Sanderson with her delicious Cheese Puffs, the flirtatious Sarah Sanderson with her spider and last but not least, the leader of the pack, Winifred Sanderson, preparing to cast a magic spell on your other Pop! Vinyl figures.

Add a touch of magic to your Funko collection today with the new Hocus Pocus Pop! Vinyl Figures!