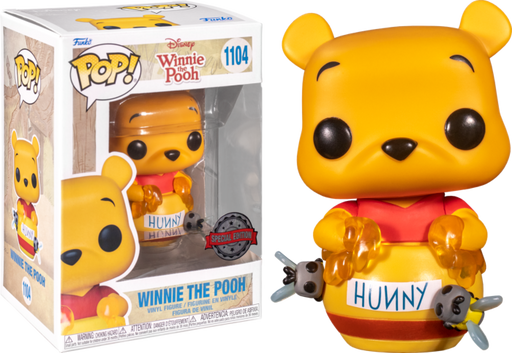 Originally released in 1926, Winnie-the-Pooh is one of the most beloved children's stories of all time. It follows the adventures of a teddy bear called Winnie-the-Pooh and his friends Piglet, Eeyore, Owl, Rabbit, Kanga and her son Roo, as well as the bouncing toy tiger, Tigger.

Here we have Winnie the Pooh looking as adorable as ever as he sits in a delicious jar of honey.