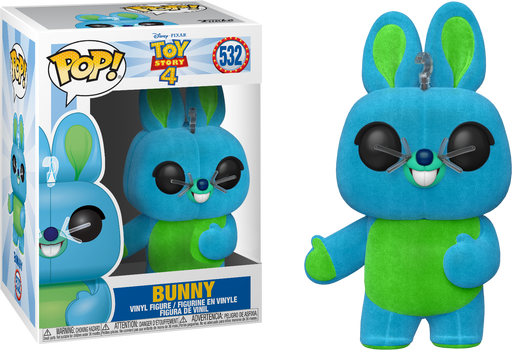 Now that may be the regular wave, however what we have here is the EXCLUSIVE Flocked Bunny Pop! Vinyl Figure. Given that Bunny is actually a stuff toy, this Flocked finish really gives him a realistic, more screen-accurate feel.