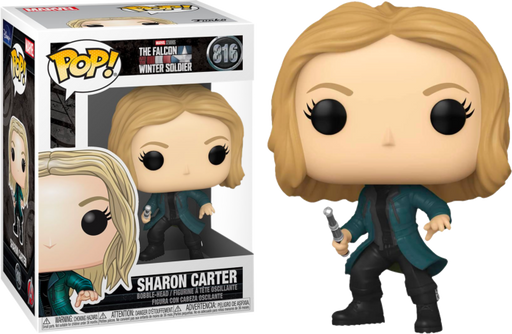 The Falcon and the Winter Soldier is the smash-hit new series set after the events of Avengers 4: Endgame. After being handed the mantle of Captain America, Sam Wilson teams up with Bucky Barnes in a worldwide adventure that puts their abilities to the test.

Here we have Sharon Carter, Peggy Carter's niece who was last seen in Captain America: Civil War. She's back now and ready to defend your collection.

Add the new Falcon and the Winter Soldier Pop! Vinyl Figures to your Funko collection today!