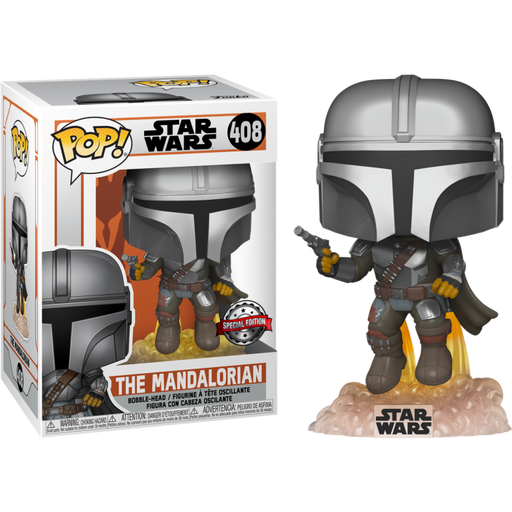 It’s the series that took the galaxy far, far away by storm, elightening our lives with a little green dude we never knew we needed. Set five years after the fall of the Empire as depicted in Star Wars Episode VI: Return of the Jedi,  Star Wars: The Mandalorian follows an independent Mandalorian bounty hunter in the outer reaches of the galaxy far from the authority of the New Republic.

Take flight with The Mandalorian and his snazzy new Jetpack in the rad new Special Edition Pop! Vinyl Figure from Funko! Featuring a deluxe sculpted base, this figure is a must-have for fans of this iconic Disney+ series!