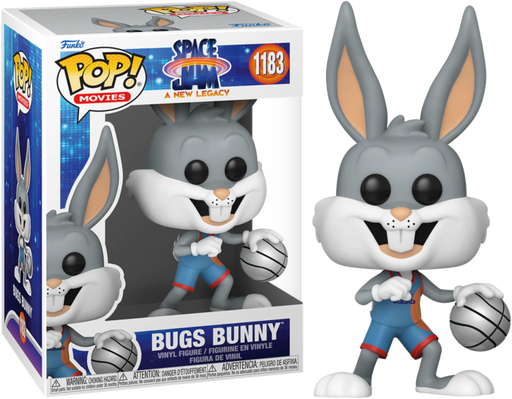 Here we have everyone's favourite wascally wabbit, Bugs Bunny, dribbling his fancy new silver basketball down the court as he prepares to help the Looney Tunes from being deleted forever.