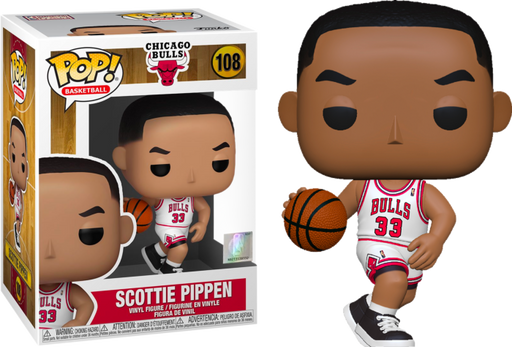 Relive the glory days of the NBA with this legendary new collection of NBA Legends Pop! Vinyl Figures that celebrates the biggest icons of American Basketball.

This Pop! features Scottie Pippen, aka "Pip", one of the most influential and greatest players in NBA history. Alongside Michael Jordan, he played a big role in transforming the Chicago Bulls brand and popularising  NBA around the world. Here he comes wearing his iconic #33 Chicago Bulls jersey.

Add Scottie Pippen in his Chicago Bulls jersey to your NBA collection.