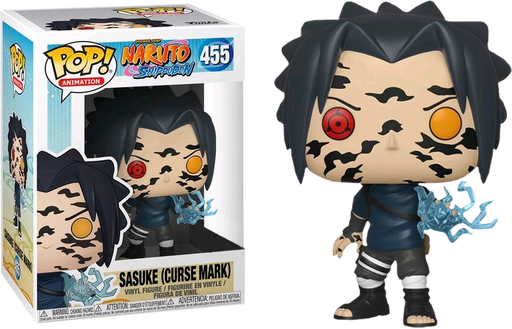 Naruto: Shippuden is a hit Japanese manga/anime series that tells the story of Naruto Uzumaki, an adolescent ninja who searches for recognition from his peers and the village and also dreams of becoming the Hokage, the leader of his village.

Here we have the EXCLUSIVE Sasuke Pop! Vinyl Figure complete with Cursed Marks. Sasuke is Naruto's best friend, however he's taking things into his own hands as he palns to exact revenge on his brother for slaughtering his clan. We promise he won't do the same to the rest of your Pop! Vinyls! I guess the only way to keep an eye on him is to add him to your Funko collection today.