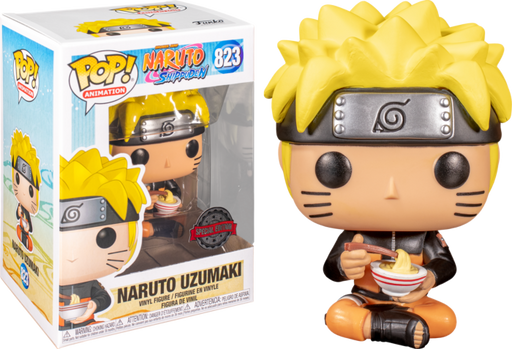 Naruto: Shippuden is a hit Japanese manga/anime series that tells the story of Naruto Uzumaki, an adolescent ninja who searches for recognition from his peers, dreaming of becoming the Hokage, the leader of his village. The anime was adapted from part 2 of the Naruto manga series.

Here we have the main main himself, Naruto, who has taken a break from battle to chow down on some delicious noodles.