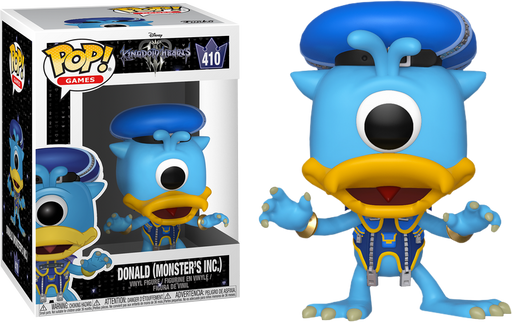 This Pop! features Donald in his monstrous form as he appears when travelling through the Monster's Inc world in the game. He comes complete with one solo eye in his head, a blue body and his signature Kingdom Hearts get-up.