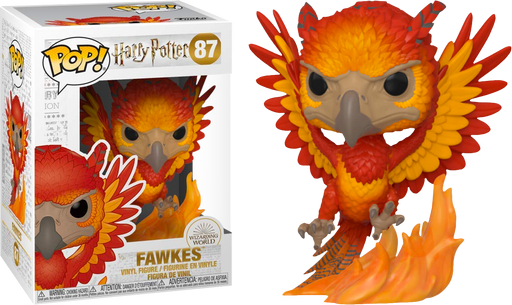 "The Yule Ball is of course a chance for us all to, er, let our hair down." - Minerva McGonagall

It may not be the holiday season right now, but boy are we still partying like it is now that Funko have released a magical new wave of Harry Potter Yule Ball Pop! Vinyl Figures!

The Yule Ball is a tradition of the Triwizard Tournament held on Christmas night of the tournament year and allows the wizards of Hogwarts the chance to, as McGonagall says, let their hair down.

This wave features not only features a bunch of your favourites wearing their Yule Ball attire, but also some others who have yet to have been given the Funko Pop! Treatment. In regards to the Yule Ball we’ve got Fleur Delacour, Viktor Krum, Cedric Diggory and Harry Potter himself all wearing their dress robes. However joining them we also have Sybill Trelawney, the professor of Divination at Hogwarts, as well as Dumbledore’s beloved Phoenix companion, Fawkes!

An essential addition to any Funko collection and an absolute MUST for all Harry Potter fans!