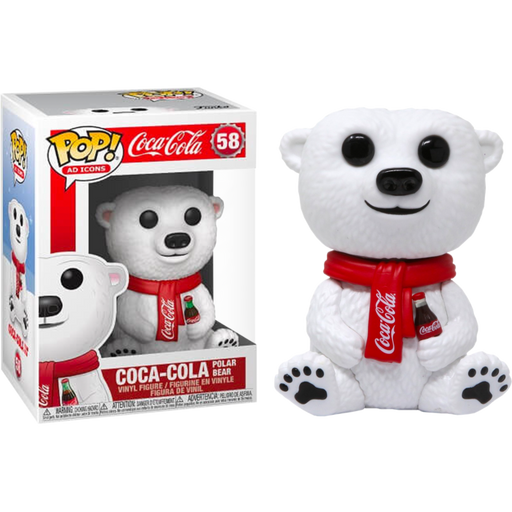 Ever since 1993, Coca Cola has had the adorable Polar Bear as their official mascot, appearing in various advertisements, most notably around Christmas time. There's just something wholesome about the bear that reminds you of being snuggled up in front of the fire on Christmas Eve. Well now you can celebrate Christmas all year round with Funko's Coca Cola Polar Bear Pop! Vinyl Figure!

Featuring the Polar Bear with his trademark red scarf and holding a bottle of delicious Coca Cola, this Pop! Vinyl is a stunning piece that no man cave can do without.

Stock is strictly limited, so don't miss out on this chance to finally add the Coca Cola Polar Bear to your Funko collection!