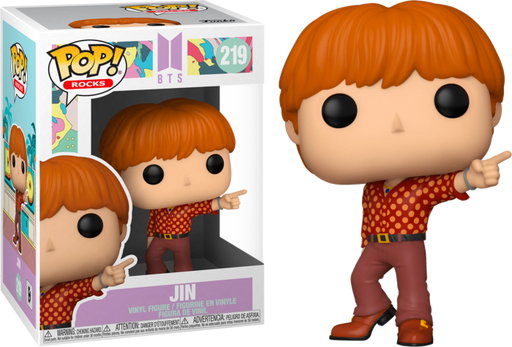 Move over Psy, because those handsome heartthrobs from BTS have been given the Pop! Vinyl treatment, and they’re here to steal the hearts of Funko collectors around the world.

Formed in 2013, BTS are one of South Korea’s greatest musical exports with hits such as No More Dream, DNA and MIC drop. A sign of just how popular these young lads truly are, in 2018 they became #1 on the Forbes Korea Power Celebrity list and were the most retweeted celebrities in 2017/18.

Funko's latest wave of BTS Pop! Vinyl Figures features all seven band members as they appear in the Dynamite video; V, Jungkook, Jin, Jimin, Suga, J-Hope and RM, and they’re all busting a move as they prepare themselves to give your Funko collection the K-Pop concert of a lifetime.

Jump onboard the BTS bandwagon and add them all to your Funko collection today!