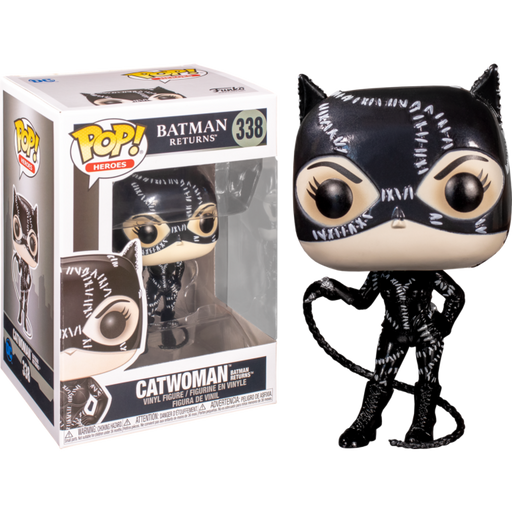 Released in 1992, Batman Returns saw Michael Keaton return as the caped crusader, this time taking on one of Gotham’s most outrageous villains; The Penguin. In the film, Batman must prevent the Penguin from killing all of Gotham City's firstborn sons, while dealing with Catwoman, who seeks vengeance against Max Shreck, a corrupt tycoon who seeks to bring Gotham City under his control.

Funko's new wave of Batman Returns Pop! Vinyl Figures features both of said whackos, including the Penguin who comes dressed in his iconic black suit, as well as Catwoman, who is armed with her dangerous whip. Meowwwww!