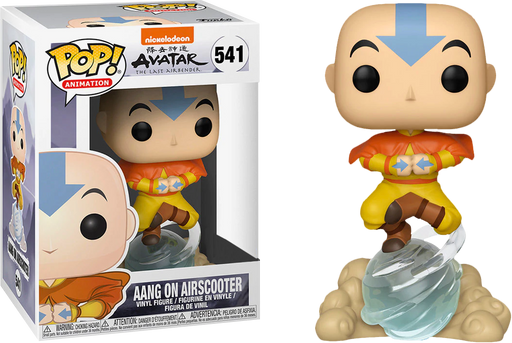 This EXCLUSIVE Pop! features Aang, the last surviving Airbender, a monk of the Air Nomads' Southern Air Temple. He is an incarnation of the "Avatar", the spirit of light and peace manifested in human form. He comes complete with air scooter.