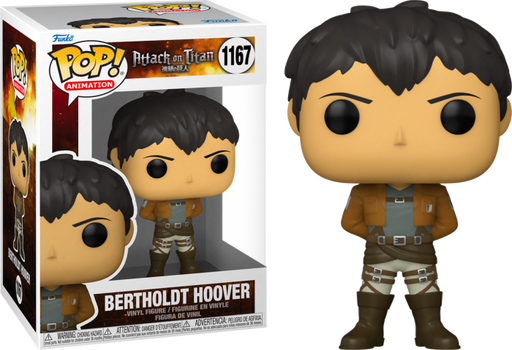 Attack on Titan is the critically-acclaimed Japanese anime series, set in a world where humanity lives in cities surrounded by enormous walls, protecting the humans from gigantic man-eating humanoids referred to as titans. It's as terrifying as it sounds.

This Pop! features Bertholdt Hoover, an Eldian who was part of Marley's Warrior Unit.

An absolute must for any fan of the series, add the new Attack on Titan Pop! Vinyl Figures to your Funko collection today.