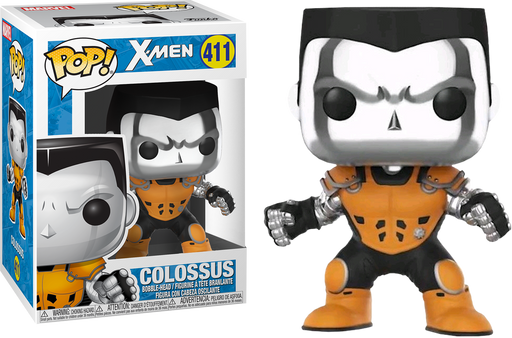 X-Force is a fictional team of superheroes, most commonly associated with the X-Men. An alternate incarnation of the X-Force appears in the 2018 smash-hit film Deadpool 2 as part of the X-Men film series.

This EXCLUSIVE Pop! features one of the X-Force members who appeared in Deadpool 2, Colossus, complete with a stunning Chrome finish.

Stock is strictly limited, so order now to ensure you get to add him to your Funko collection!

Does not have LACC 2018 sticker on box