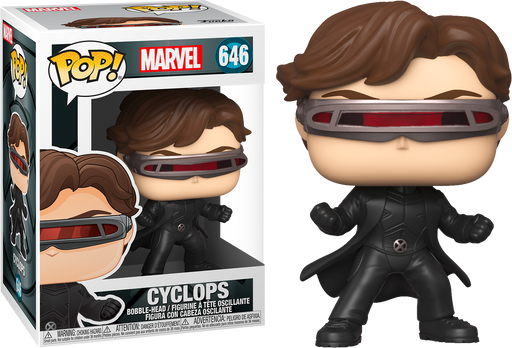 Can you believe it’s been 20 years since Hugh Jackman donned those massive chops and brought Wolverine to the big screen?! Or Halle Berry acted up a Storm? Yes those X-Men films from the the early 00s truly turned that band of mutants into household names, and now Funko fans can celebrate the iconic series with the new X-Men 20th Anniversary Pop! Vinyl Figures!

Kicking off in 2000 with X-Men, the series depicts a world where a small proportion of people are mutants, whose possession of superhuman powers makes them distrusted by normal humans. It focuses on mutants Wolverine and Rogue as they are brought into a conflict between two groups that have radically different approaches to bringing about the acceptance of mutant-kind: Professor Xavier's X-Men, and the Brotherhood of Mutants, led by Magneto. The film was followed by X2 and X-Men: The Last Stand to round out the original trilogy, featuring a range of characters that have finally been given the Pop! Vinyl treatment.

The wave includes 11 of your favourite mutants including Rogue, Storm, Cyclops, Jean Grey, Beast, Mystique, Nightcrawler, Magneto, Professor X, as well as two versions of Wolverine, one in his tank top and the other in his black suit.

Don't forget to also look out for the Young Magneto and Metallic Mystique Pop! Vinyl Figures!

Without question these are an absolute must for any true Marvel fan, be sure to add the X-Men 20th Anniversary Pop! Vinyl Figures to your Funko collection today!