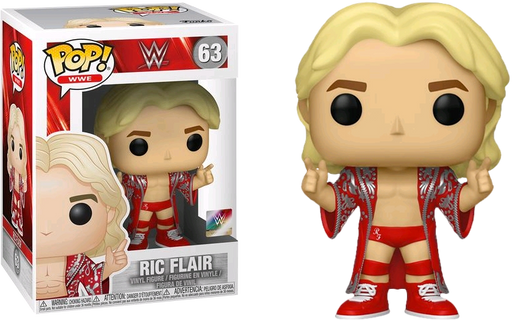 Have you got what it takes to enter the squared circle? Are you prepared to put your body on the line for the entertainment of the mindless masses? No? Well don't worry because neither are we, so let's just leave it to the superstars of the WWE!

Funko have just released a new wave of WWE Pop! Vinyl Figures that features three members of the iconic faction 'Evolution', who wreaked havoc on the WWE roster in the mid 2000s. We've got The Nature Boy Ric Flair, 'The Animal' Batista (who sohould we say 'Drax'?, as well as 'The Viper' Randy Orton. You'll notice Triple H is missing from the equation, however he's too busy now being the COO of the WWE, so the guys have found a worthy replacement in Ric Flair's daughter, Charlotte, one of the faces of WWE's Women's Revolution.

Forget the lifelong dream of main-eventing Wrestlemania, these four are more interested in the opportunity to join your Funko collection. Make their dream a reality by ordering them today!