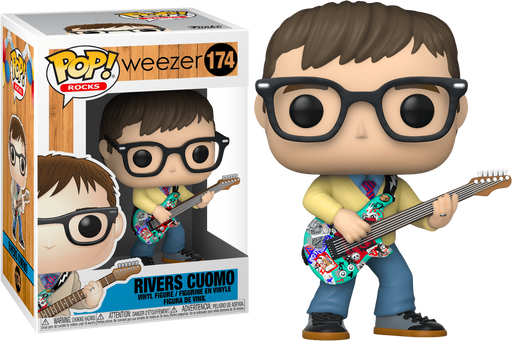 After taking the music world by storm in 1994 with their debut self-titled album, now known as the Blue Album, Weezer quickly became one of the most acclaimed rock bands of the 90s. Fronted by Rivers Cuomo, the band have released hit singles including Buddy Holly, Say It Ain't So, Beverly Hills and Island in the Sun, and now Rivers has been immortalised by being given the Pop! Vinyl treatment.

Here we have Rivers Cuomo, wearing his iconic black frame glasses and playing his sticker-covered guitar.