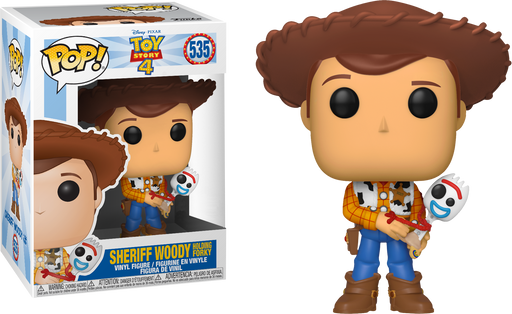 Now that may be the regular wave, however what we have here is the EXCLUSIVE Woody Pop! Vinyl Figure, where he is joined by Forky! That's two for the price of one! Forky may not like the idea of being a toy to begin with, but he'll certainly see the light once he joins the rest of your Pop!Vinyls.