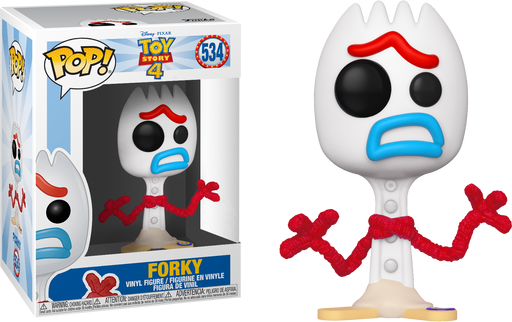 Now that may be the regular wave, however what we have here is the EXCLUSIVE Forky Sad Pop! Vinyl Figure! Why is he sad? Well that's because he's a spork with pip-cleaners for arms, which is NOT the life he wants to live! Hopefully Woody and the gang can teach him the benefits of being a toy.