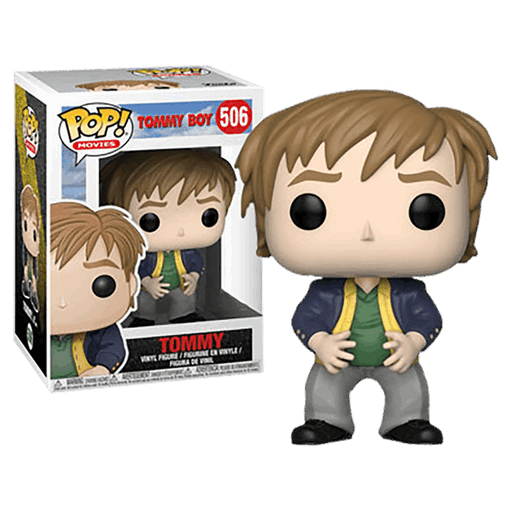 In 1995, Chris Farley and David Spade took us on a hilarious road trip in 'Tommy Boy'', and now their next stop will be your Funko collection courtesy of the new Tommy Boy Pop! Vinyl Figures!

Tommy Boy follows the story of a socially and emotionally immature man (Farley) who learns lessons about friendship and self-worth following the sudden death of his industrialist father.

This Pop! features the EXCLUSIVE Tommy Callahan III himself, played by Chris Farley. He comes complete with his ripped jacket.