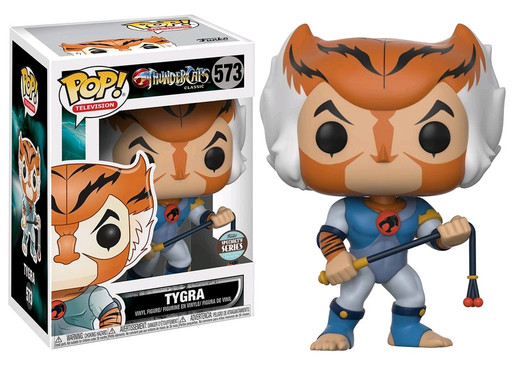 Thundercats was a series that originally ran from 1985-1989, before it was rebooted in 2011. The show follows the story of the Thunderians, a species of cat-like humanoids who have to fight against the evil Mumm-Ra in order to recapture power in the kingdom of Thundera.

This Pop! features Tygra, a male Thunderian, architect, scientist, and noble member of the ThunderCats. He can become invisible, however, this doesn't prevent him from being seen by strong enough detectors. Along with the ability to turn invisible, he is armed with a large bolo whip.

*Please note box sticker may not be included.