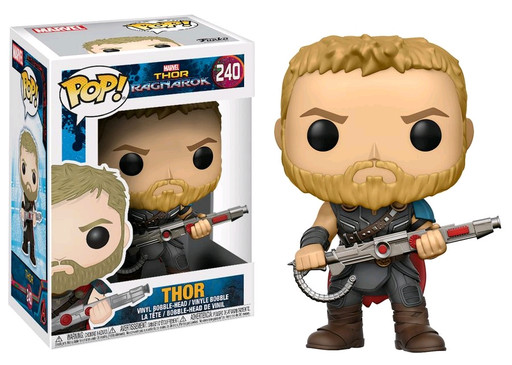 After the events of Avengers: Age of Ultron, Thor, held captive on the planet Sakaar without his hammer, must win a gladiatorial duel against an old friend the Hulk, in order to return to Asgard in time to stop the villainous Hela and the impending Ragnarök, the doom of the Asgardian civilization!

This Pop! Vinyl features the crown prince of Asgard himself, Thor, showing off a far shorter hair cut than the luscious locks we’re used to.  He’s ready for his gladiator battle with Hulk.