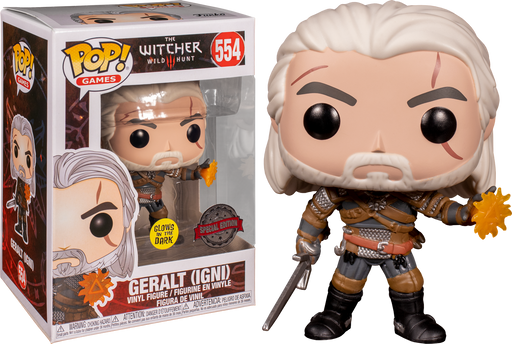 A sequel to The Witcher 2: Assassins of Kings from 2011, The Witcher 3: Wild Hunt sees players control Geralt of Rivia, a monster hunter (known as a witcher) who is looking for his missing adopted daughter on the run from the Wild Hunt, an otherworldly force determined to capture her and use her powers.

To celebrate this incredible game, Funko have released a new Witcher 3 Pop! Vinyl Figure featuring the Witcher, Geralt of Rivia, a monster hunter for hire who is on the hunt for the only person he considers kin, Ciri. He comes complete with a Glow in the Dark finish.

Showcase your love for The Witcher by adding this Geralt Glow in the Dark Pop! Vinyl Figure to your Funko collection today!