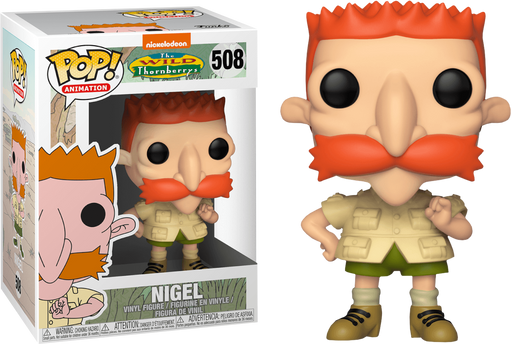 Your favourite family of documentary filmmakers are back thanks to Funko's new wave of Wild Thornberrys Pop! Vinyl Figures!

The Wild Thornberrys was a series focusing around a nomadic family of documentary filmmakers known as the Thornberrys, famous for their televised wildlife studies. It primarily centers on the family's younger daughter Eliza, and her secret gift of being able to communicate with animals.

This Pop! features Nigel, the father of the family who is voiced by the legendary Tim Curry.

Add a touch of nostalgia to your Funko collection today!