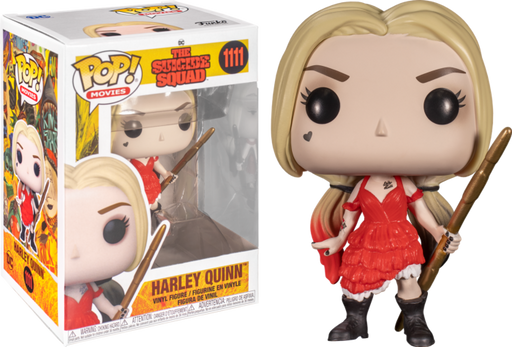 Here we have Harley Quinn, wearing her red dress and armed with her staff.