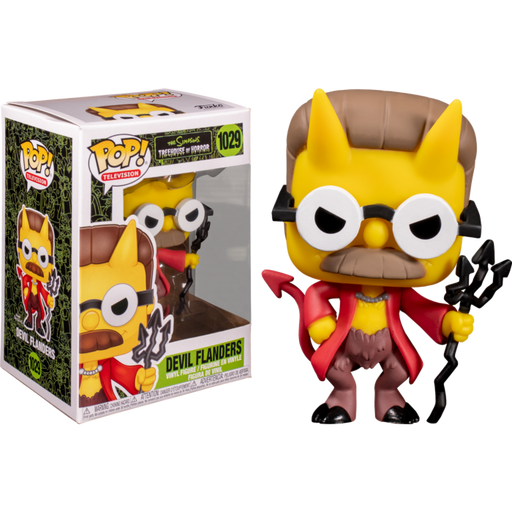 Yes there's no denying that The Simpsons is one of the greatest television shows of all time, giving an entire generation of Australians an alternative to the 6pm news report. Remember the days of being glued to the TV watching Simpsons marathons when boring stuff like the Olympics were on the other channel? Those were the days.

Well Funko's cromulent new wave of Simpsons Treehouse of Horror Pop! Vinyl figures are here and they are sure to embiggen your lives! Included here we've got Zombie Bart riding his skateboard, as well as Bart & Maggie in their Alien cosplay (complete with Chestburster), Homer as the Grim Reaper from Reaper Madness, Vampire Krusty from Terror in Tiny Toon, Marge as the Witch from Easy Bake Coven, Homer as the Jack-in-the-Box from Bart's Nightmare, as well as the incredible Devil Flanders from The Devil and Homer Simpson.

Don't forget to also look out for the Exclusive Donut Head Homer (the perfect buddy for Devil Flanders), as well as Bart the Raven!