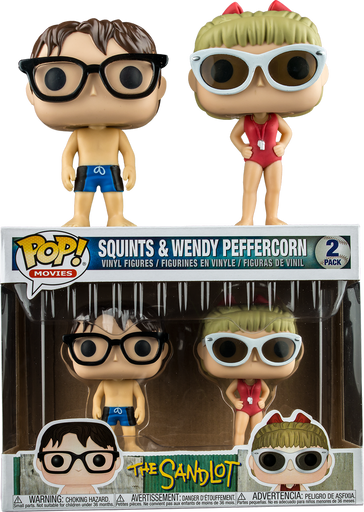 This Pop! 2-Pack features both Squints in his swimming trunks, along with the love of his life Wendy Peppercorn, complete in lifeguard outfit. While Squints may have played a dirty trick on her in order to give her a giant smooch, he inevitably ended up marrying Wendy and having nine kids.

Add these lovebirds to your Funko collection today!