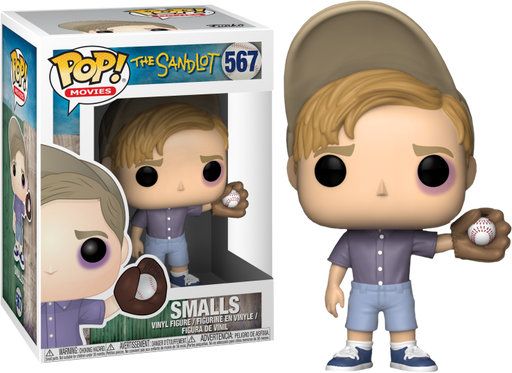 This Pop! features Scotty Smalls, the new kid in town. He comes complete with black guy and baseball glove and ball signed by Babe Ruth.