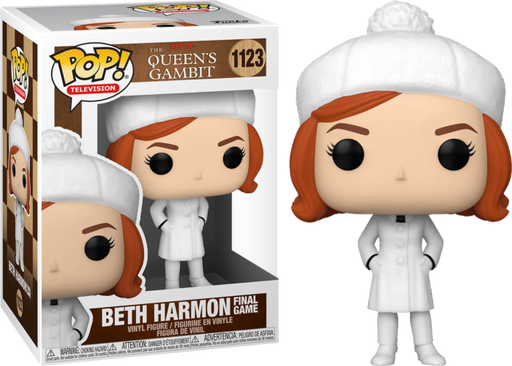 Beginning in the mid-1950s and proceeding into the 1960s, The Queen's Gambit is the smash-hit Netflix series following the life of Beth Harmon, an orphaned chess prodigy on her rise to the top of the chess world while struggling with emotional problems, drug problems, and alcohol dependency.

Funko's new wave of The Queen's Gambit Pop! Vinyl Figures features three variants of Beth Harmon, one in regular clothes, another holding all of her trophies, as well as one wearing her outfit from the series' finale.