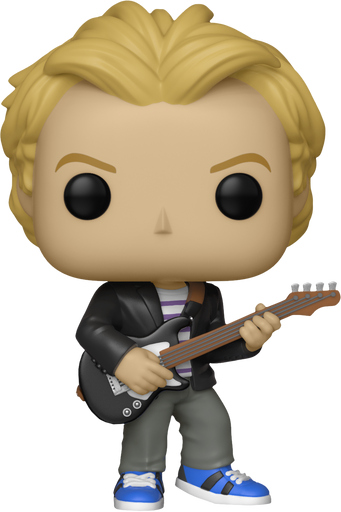 You’ll never believe what happened. I was just minding my own business, when all of a sudden a bottle washed upon the shore. To be honest, I expected a message, but instead I found Funko’s new wave of Pop! Vinyl Figures featuring all three members of The Police!

The Police are one of the most iconic rock bands of all time, with his including Every Breathe You Take, Message In A Bottle and Don’t Stand So Close To Me just to name a few.

This wave features the handsome rockers, complete with their instruments. We have Stewart Copeland behind the drums, which features the band’s logo on the front. Joining him is guitarist Andy Summers, as well as the frontman and rock icon, Sting, who’s sure to be sending his love down the well.

Whilst it’s recommend you don’t stand so close to The Police, you can certainly stand as close as you like once you add their Pop! Vinyl equivalents to your Funko collection.