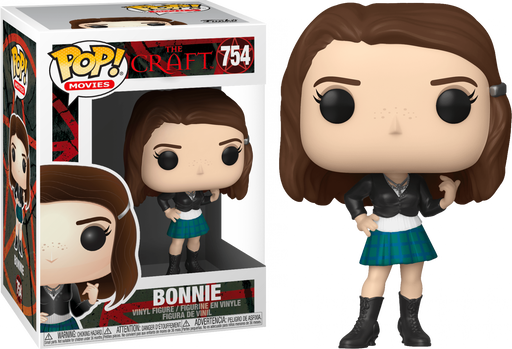 Released in 1996, The Craft is a supernatural horror film centred on a group of four outcast teenage girls at a fictional Los Angeles parochial high school who pursue witchcraft for their own gain, but soon encounter negative repercussions, which prove to be the ruin of one of them and a harsh learning experience for the other three, according to the Rule of Three of Wicca, which states that one's actions, whether positive or negative, return to the actor threefold (that is, amplified). Well now the girls are looking to practice their witchcraft in your Funko collection.

Funko’s new wave of The Craft Pop! Vinyl Figures features all four girls; Sarah Bailey, Nancy Downs, Bonnie Harper and Rochelle Zimmerman, all of whom are wearing their school uniforms from the film. Don’t be fooled by their pretty faces, there’s more to these girls than what meets the eye!