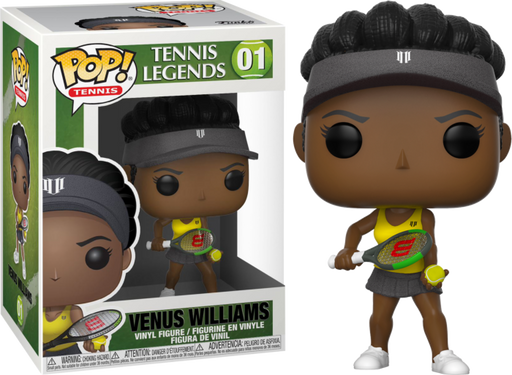 Funko have decided it's time to offer us collectors the chance to win a Grand Slam with their exciting new range of Tennis Pop! Vinyl Figures, featuring some of greatest players to ever grace the court.

This Pop! features the United States' own, Venus Williams, the former World No. 1 who is credited with ushering in a new era of power on the women's professional tennis tour. She comes complete with her racket as she prepares for another match that she's sure to win.