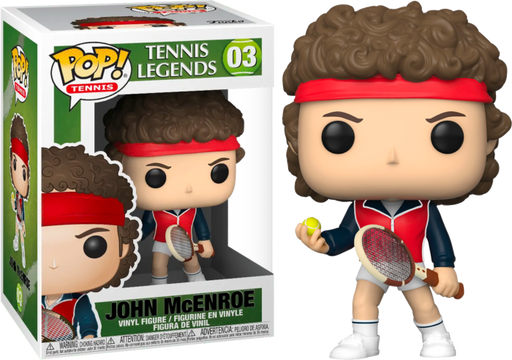 "You have GOT to be kidding me!"

Funko have decided it's time to offer us collectors the chance to win a Grand Slame with their exciting new range of Tennis Pop! Vinyl Figures, featuring some of greatest players to ever grace the court.

This Pop! features Tennis' bad boy, John McEnroe, the former World No. 1 who is not only known for his shot-making artistry and volleying skills, but also for his confrontational on-court behavior that frequently landed him in trouble with umpires and tennis authorities.

Ensure John doesn't lose his temper by adding him to your Funko collection today!