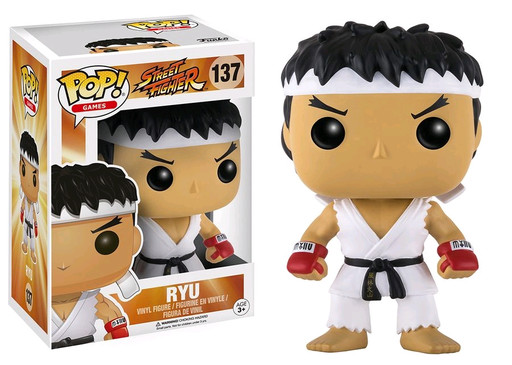 To live is to fight, to fight is to live!

Capcom’s hugely popular game, Street Fighter, is joining the Pop! Vinyl line-up! The first game was released in 1987 and there have since been 5 major instalments and several crossovers with many great and unique characters being introduced.

Ryu, the series protagonist is featured with his original white headband in this awesome variant Pop!