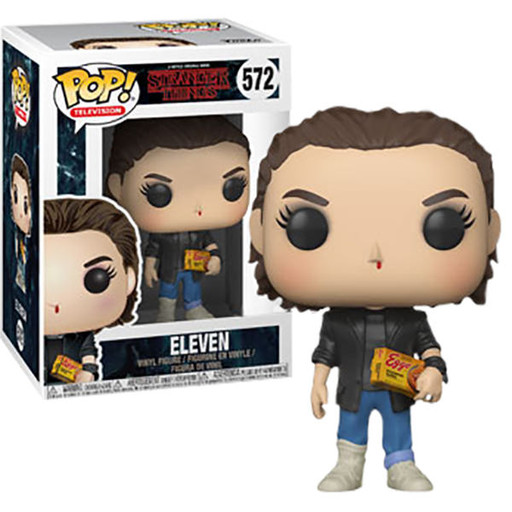 Just like the first season, Season Two is set in Hawkins, except this time it's the fall of 1984. Our favourites are all trying to move on with their lives after the events of the year prior, however when supernatural forces once again begin to surface, it's up to Mike, Eleven and the gang to stop it before it's too late!

This Pop! features Eleven in her punk rock outfit as seen in Episode 7 of the new series, where she ventures off to find her long lost lab-sister 'Eight'.

An absolute MUST for any true Stranger Things fan and will be the perfect addition to any Funko collection.