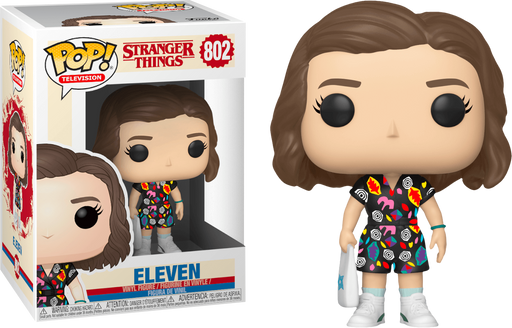 Here we have Eleven, wearing a very 80s outfit and holding a shopping bag from Starcourt Mall.