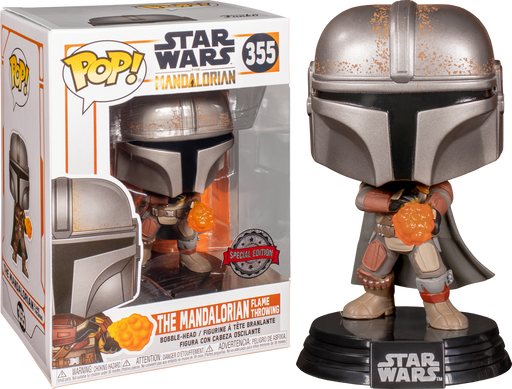 It’s the series that’s taking the galaxy far, far away by storm. Set five years after the fall of the Empire as depicted in Star Wars Episode VI: Return of the Jedi, and before the emergence of the First Order, Star Wars: The Mandalorian follows an independent Mandalorian bounty hunter "in the outer reaches of the galaxy far from the authority of the New Republic". However it's not just the Manda Show, the world has also fallen in love with The Child, aka Baby Yoda!

This wave features a wide range of characters from the hit series including The Client, the man who sets Mando the task of capturing The Child Greef Karga, the head of the Bounty Hunters' Guild, a "Covert" Mandalorian, an Incinerator Trooper complete with flamethrower, an Offworld Jawa (so great), a "Heavy Infantry" Mandalorian, the mercenary droid Q9-0, The Armorer and the Mandalorian himself!

Don't forget to look out for Mandalorian on Blurrg Deluxe, as well as the other Mandalorian Pop! Vinyl Exclusives!

So channel your inner Han Solo and smuggle these new Mandalorian Pop! Vinyl Figures into your Funko collection today!