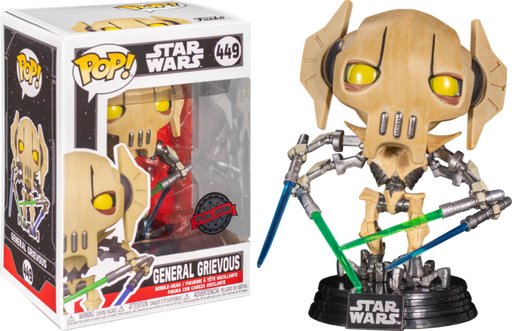 "I am the leader of the most powerful droid army the galaxy has ever seen!"

Originally a Kaleesh warrior from the planet Kalee, General Grievous chose to receive cybernetic implants to increase his combat prowess. Recruited by Count Dooku to lead the Separatist Droid Army, Grievous was trained in the art of lightsaber combat, choosing to fight with up to four lightsabers at once.

Funko's incredible new General Grievous Pop! Vinyl Figure features him armed with his four lightsabers, as he prepares to try and take down the Jedi once and for all.