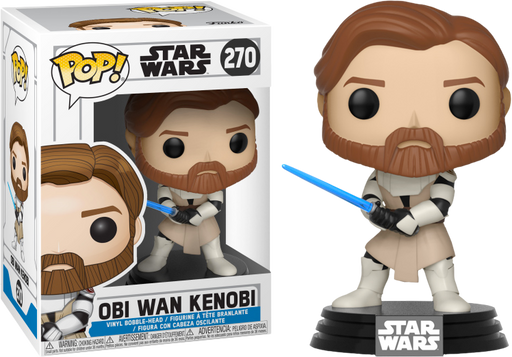 Launching in 2008, Star Wars: Clone Wars was an acclaimed tv series set in the fictional Star Wars galaxy during the three years between the prequel films Attack of the Clones and Revenge of the Sith. The series has gone on to develop a cult following with Star Wars fans worldwide.

This Pop! features Obi Wan Kenobi, who hasn't quite become Ol' Ben Kenobi just yet. At the moment he's still a Jedi Master looking to take the Empire. He comes complete with lightsaber.