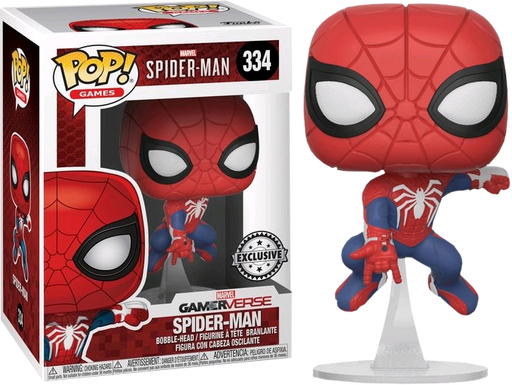 Scheduled for release in the first half of 2018, the game will tell a new story about Spider-Man that is not tied to a film, comic book or video game. It will cover both the Peter Parker and Spider-Man aspects of the character and will feature an older and more experienced Spider-Man.

This EXCLUSIVE Pop! features Spidey mid-flight, about to shoot out another web as he flies across New York City and into your collection.

A must for any true Marvel fan!