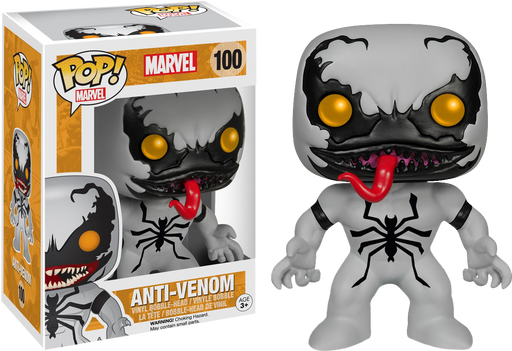 When Eddie Brock was debonded from the Venom symbiote traces of it were left in his body. Later, the remnants of the symbiote fused with his blood cells creating a new hybrid symbiote which manifest when the Venom symbiote attempted to leave its host and return to Eddie. The new symbiote had powerful healing powers and is completely mindless.

This cool Anti-Venom Pop Vinyl has been added to the Marvel collection. Add one to your collection today.