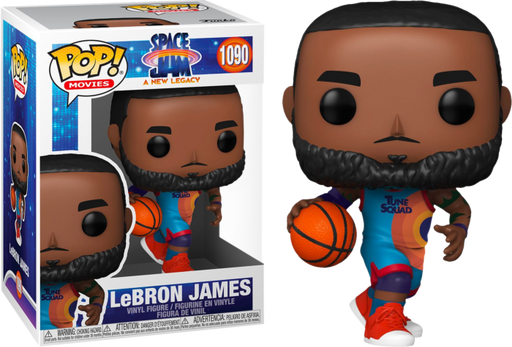 Here we have Lebron James wearing the redesigned “Tune Squad” uniforms, dribbling the ball down the court to hopefully score another 3-pointer.