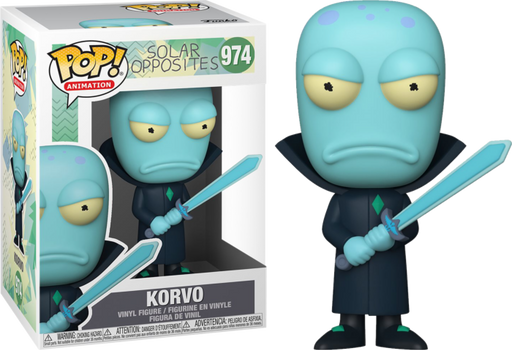 Solar Opposites centers around a family of aliens from a better world who must take refuge in middle America, who disagree on whether this is awful or awesome. One thing’s for certain, Funko’s new wave of Solar Opposites Pop! Vinyl Figures are definitely the latter!

This hilarious new wave features the show’s four main characters; Korvo, an intelligent alien scientist who hates Earth and wants to leave as soon as possible, Terry, Korvo's optimistic and naive partner who enjoys being on Earth and is fascinated with human culture, as well as both of their replicants Jesse and Yumyulack, all of whom come armed and ready!