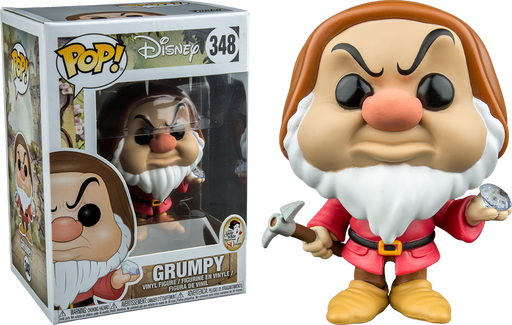 Straight from the mine hidden deep in the woods comes Funko’s latest release; a new wave of Snow White and the Seven Dwarfs Pop! Vinyl Figures!

Since it’s release in 1937, Snow White and the Seven Dwarfs is not only one of the most beloved animated films of all time, but it’s also Disney’s first ever full-length animation film. The American Film Institute even named it the greatest American animated film of all time!

The film follows the story of the beautiful Snow White, stepdaughter of the evil Queen, who befriends a family of seven dwarfs after the Queen attempts to have her killed.

This Pop! Vinyl Figure features the dwarf Grumpy, looking as annoyed as ever, despite holding a precious diamond in his hand.